Do You Know the Differences Between Dementia and Alzheimer’s?

More than 5 million Americans over 65 are affected by Alzheimer’s disease, a condition that devastates families.

The terms Alzheimer’s disease and dementia are often used interchangeably, especially when speaking about providing support from a memory care center. In actuality, these terms mean different things.

These diseases are caused by abnormal changes in the brain. Dementia is NOT a normal part of aging. It’s marked by:

While dementia may be referred to as “senility,” this is not an accurate statement.

It’s also vital to remember that there are distinct differences between dementia and forgetfulness.

Dementia: A Group of Diseases

It’s important to recognize that dementia is a general term, like cancer or heart disease.

Dementias are a group of diseases that profoundly affect the brain and its ability to process information.

Alzheimer’s Is a Type of Dementia

Alzheimer’s is a specific kind of dementia. Dementia can be considered an “umbrella term” that encompasses several conditions.

However, Alzheimer’s disease is the most common form of dementia.

Other Kinds of Dementias

The other various dementia types include:

This dementia centers around issues with the alpha-synuclein protein, which is found extensively throughout the brain. Researchers are still studying how this protein affects brain function. Symptoms can resemble those for Parkinson’s disease.

This is the second most common form of dementia, and it occurs when there is microscopic bleeding in the brain, which leads to blood vessel blockage.

This is caused by nerve cell damage in the frontotemporal part of the brain.

This is actually fairly rare, but it is part of a group of fatal brain disorders called prion diseases.

You can also have “mixed dementia,” which means you experience different types of these dementias at the same time.

How Is Dementia Diagnosed?

It’s difficult to diagnose dementia because there’s no simple test you or your loved one can take. A diagnosis is based upon lab work, medical history and cognitive examinations. Doctors also look at day-to-day functions and if the symptoms interfere with daily life.

Your physician may also consider factors such as family history and make a referral to a neurologist, particular if it appears to be a mixed type of dementia.

What Is Involved in Dementia Care?

There are several elements to dementia or Alzheimer’s care. While dementia can’t be cured, the symptoms can be managed under the supervision of a specialist.

There are medications that can boost parts of your brain that are involved in judgment and memory. Sometimes this can make a big difference in alleviating symptoms.

Sometimes, dementia can progress to the point where the patient has physical problems completing day-to-day tasks. Occupational therapists can help them discover new ways to accomplish these.

In its more advanced stages, dementia, and specifically Alzheimer’s, can cause a lot of physical effects such as difficulty standing or a shuffling walk.

In these cases it’s incredibly important to create a safe environment where they are not prone to falls. This could mean removing area rugs, and reducing clutter.

Providing Supervision in a Memory Care Center Near You

At Coastal Pointe, our specially trained staff works closely with our residents who have dementia. Our goal is to provide a compassionate environment that is both safe and stimulating. We are able to keep residents from wandering—something that can occur in certain stages of dementia.

By assuring the safety of your loved one, you can return to your role as son, daughter or spouse with the peace of mind knowing that they are being cared for.

Where to Learn More About Dementias

Resources like the Alzheimer’s Association are extremely valuable, as are the dementia subject pages from the National Institute on Aging and the Centers for Disease Control.

Of course, many places say that, but we truly feel that our residents are our extended family, and we promise to treat them with the same care and concern that we would if they were our own parents or grandparents.

We’re also located near the coastal town of Wilmington, NC, home to some of the most beautiful beaches on the East Coast.

We encourage you to see for yourself by scheduling a virtual tour. But hurry, spaces fill quickly!

We Answer Your Most Frequently Asked Questions About Dementia What Can You Do to Adjust to Your New Assisted Living Lifestyle? 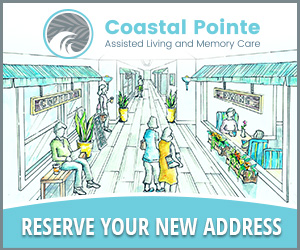